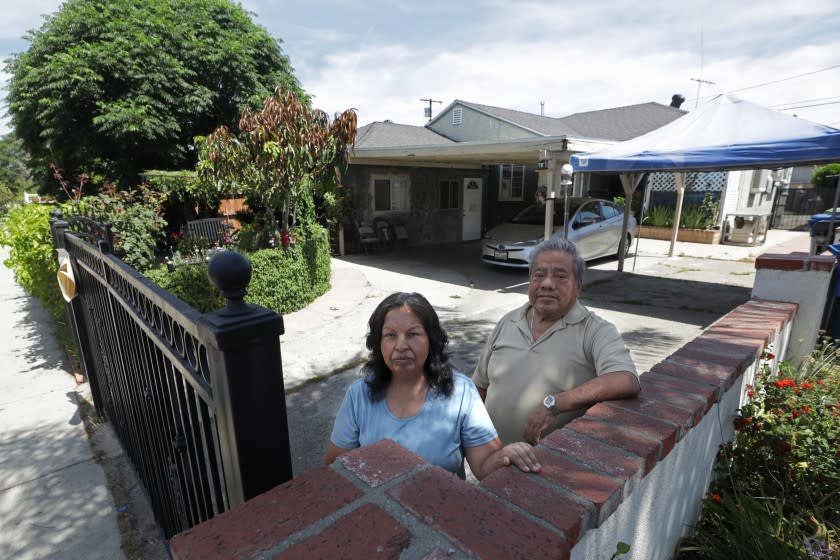 Some homeowners struggled to pay PACE improvement loans. The coronavirus made it harder

It wasn’t until the work was done that Marcelino and Josefina Rodriguez said they learned the truth.

They had been signed up for a roughly $45,000 PACE home improvement loan at nearly 10% interest — even though they said a woman working with the contractor told them their new roof and water heater would be free through a government program.

The Rodriguezes contacted the authorities, but the nearly $4,500 annual bill came due anyway — a financial hit for the household of four who scraped by on less than $30,000 each year as garment workers paid by the piece.