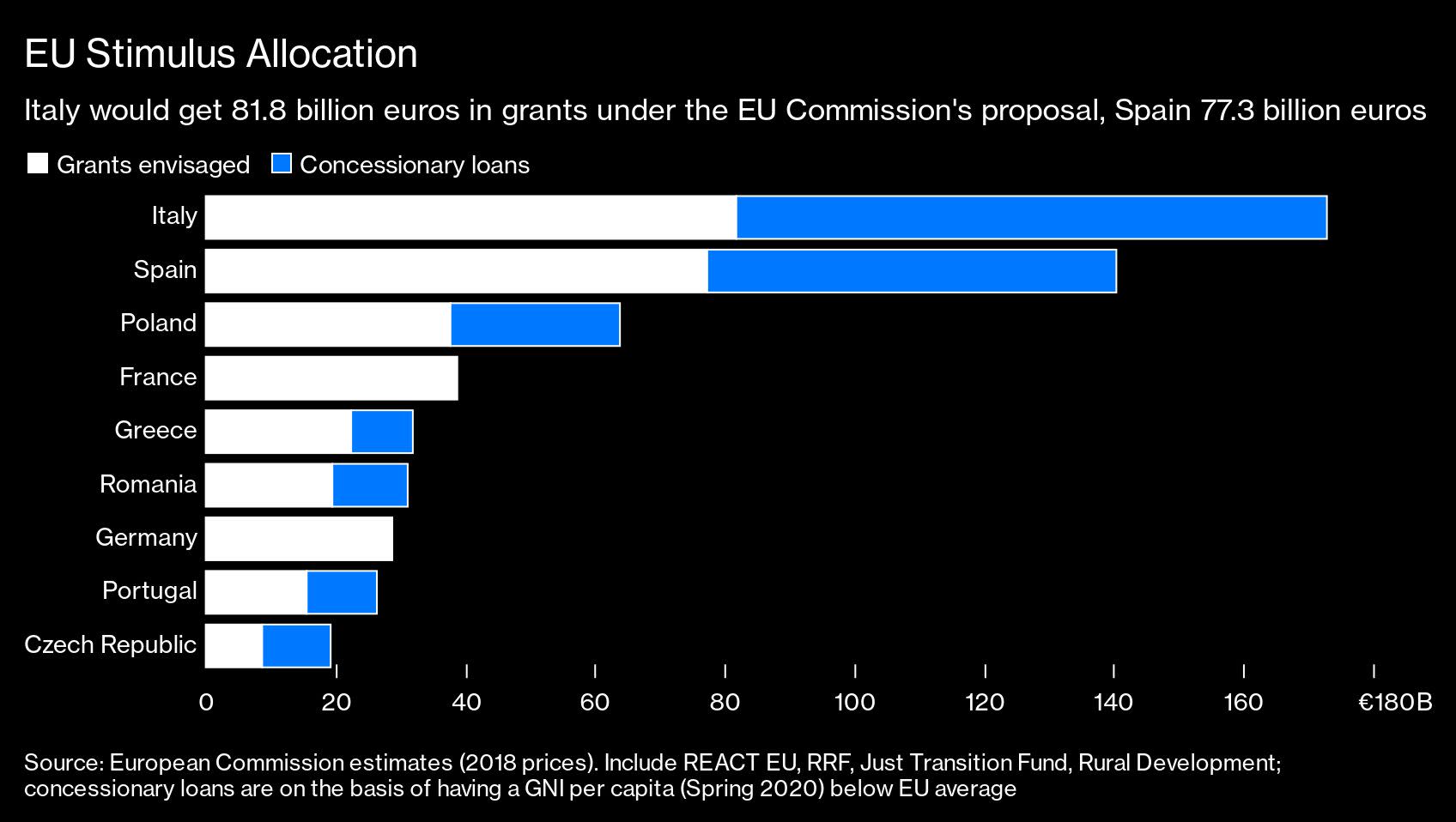 (Bloomberg) — European Central Bank President Christine Lagarde and German Chancellor Angela Merkel warned European Union leaders meeting Friday by video conference that if they fail to agree on a stimulus package the consequences could be dire.

The leaders began negotiations on a 750 billion-euro ($840 billion) plan to help their economies rebound from the Covid-19 lockdown, with Germany and France pushing for a deal to be wrapped up next month.

The European Commission, the bloc’s executive arm, has proposed issuing joint debt to finance the program, a radical step that would signal an unprecedented move toward integration among the